Get instant access to the information you need, even with remote or distributed teams

Quickly share proof of delivery information with customers through easy access to your documents and improve customer relationships and retention.

Create a seamless process for payments. Invoices can be made available for customers to pay immediately, eliminating gaps and delays in payment that might otherwise be the norm.

Easily track a customer’s credit and payment terms by instantly pulling up all documents sharing that client’s customer number.

Organize all your receivables in one secure location for quick access, even from remote locations. 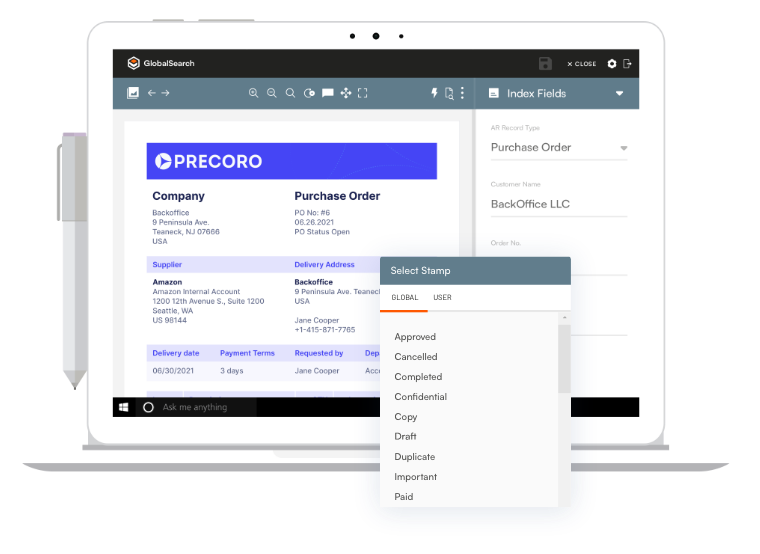 Remove manual processes and capture information more quickly and accurately than you thought was possible. Turn your data and documents into usable business information using character and format recognition.

Move to a paperless payment process 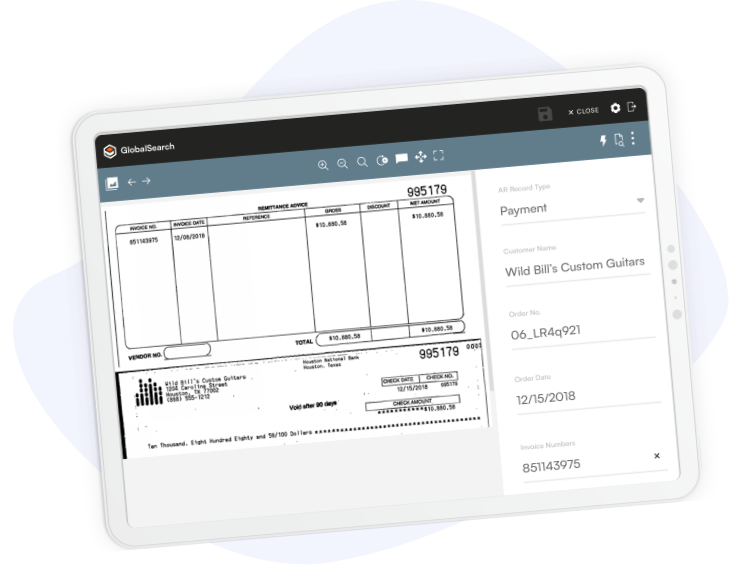 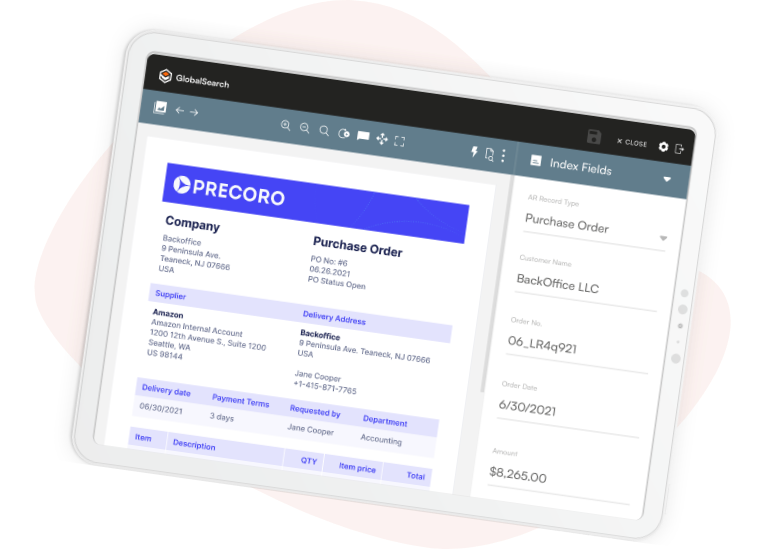 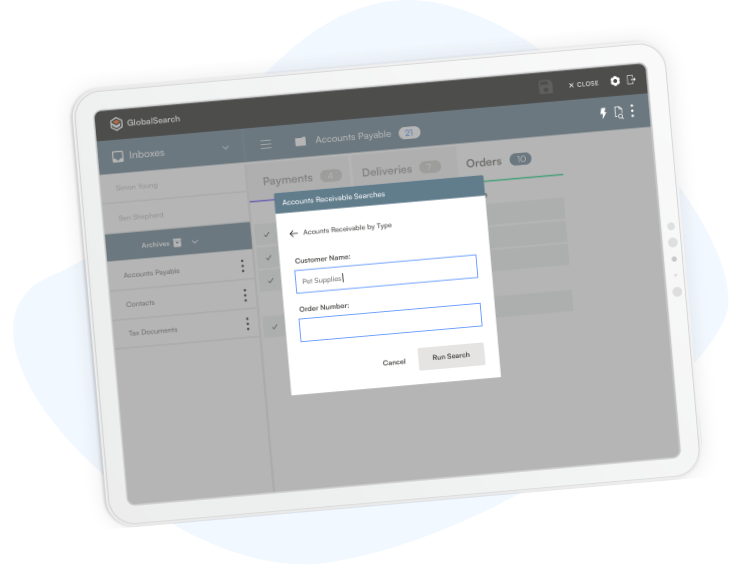 Bogged down by frequent, repetitive, common tasks that don’t inspire you? Digital transformation solutions for accounts receivable from Square 9 Softworks can make common tasks simplified so you can spend your time on more engaging and purposeful.

Throughout Oregon’s restaurant, bar and hospitality scene, Fick Cigar Company may be an unfamiliar name, but it holds great significance to these businesses today. Dating back to 1933, Fick Cigar Co. distributed candy, cigarettes and cigars – that is, until prohibition was repealed. Located in a warehouse in downtown Portland, the company began selling Olympia beer. With just three delivery trucks, and three drivers, Fick Cigar Co. transformed into General Distributors, Inc., one of today’s leading west coast beverage distributors. Currently located in Oregon City, General Distributors employs over 120 people, making around-the-clock deliveries daily with a robust product offering from over 70 beer, wine, and non-alcoholic beverage suppliers.

We keep copies of all parts of each invoice in our files and archive them for approximately seven years. On top of customer deliveries, our salesmen and our “public dock” also sell additional products daily, adding extra invoices for generating such sales. Our daily processes have changed tremendously with GlobalSearch!

Can we automatically capture documents?

Yes! Whether you choose to scan your documents and lift crucial data with OCR or fill them out digitally with an online form, we have a solution that will help you capture your receipts, checks, and other AR documents.

Is there a way to reduce days outstanding?

How does AR Automation work?

AR automation software converts your documents into a standard digital format and then pushes them through a digital workflow that helps you get paid faster. Using optical character recognition (OCR) to extract information from your documents, you can train your system to recognize common documents and even create new templates for future recognition to eliminate the need for manual intervention. 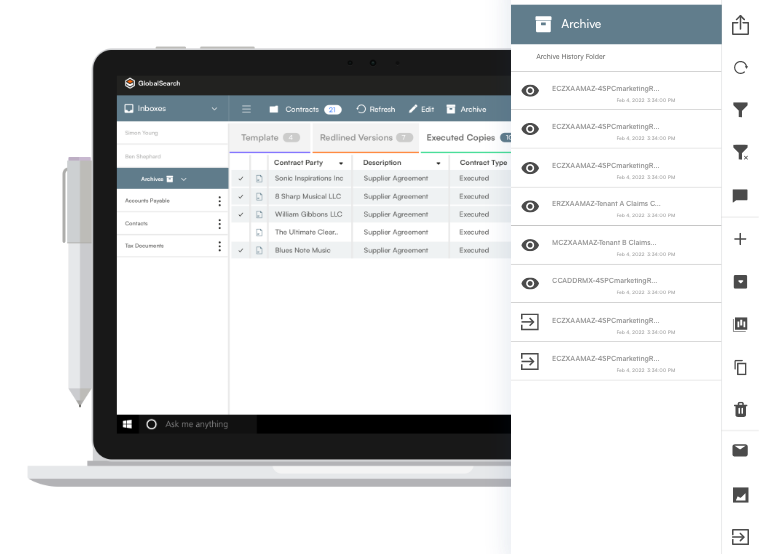 Don’t Start from scratch: we’ve pre-built solutions that let you get started in just one day.

Digitize core business processes to accelerate productivity, increase transparency, and save money. Our pre-built solutions are designed to be quick and easy to implement, so you’ll be up, running, and trained in just days without disruptions to your existing processes. 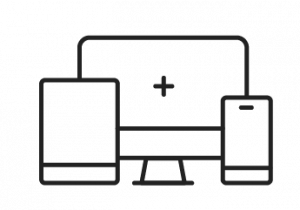 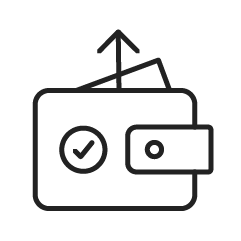 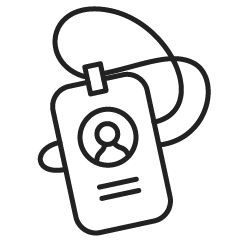 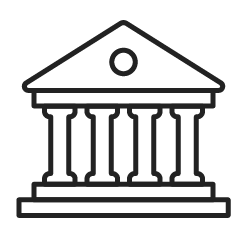 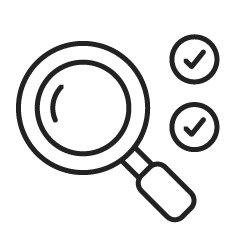