Objective: Implement a system that streamlines accounts payable, integrates with their PDI accounting system, and is easy to use.

Back to Case Studies 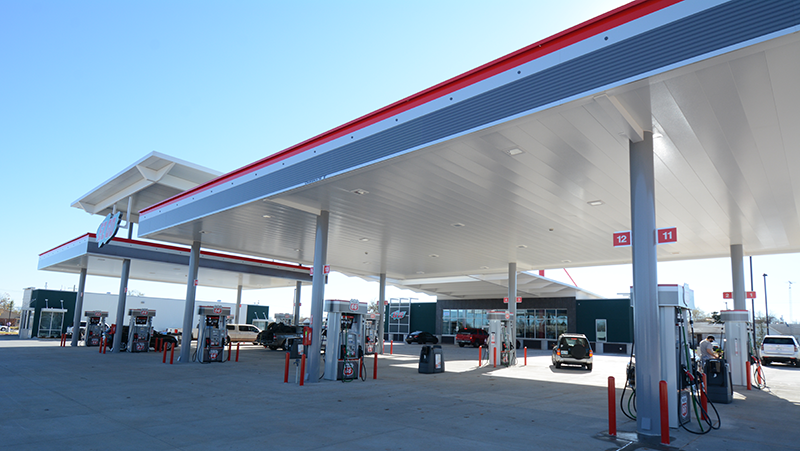 EZ GO Stores is a convenience store chain located in Oklahoma, Kansas, and Nebraska. Carey Johnson Oil Company was launched in 1963 with six service stations in Lawton, Oklahoma. EZ GO Foods was founded in 1980 to meet changing customer preferences towards convenience store from gas stations.  Later, EZ GO Foods and Carey Johnson Oil Company became one company, Carey Johnson Oil Company dba EZ GO Stores. The EZ GO chain has since expanded to include 22 stores in 3 states and continues to meet changing customer needs with initiatives such as storefront combinations with chains like Burger King and a complete raze and rebuild of some of the older EZ GO locations.

As EZ GO accumulated paper invoices from vendors over the years, they began to pile up in file cabinets across their offices. This hefty paper load made it difficult for employees to find the correct invoices in a timely manner. According to Twyla McDonald, EZ GO’s Controller and employee of over 25 and a half years, “We had file cabinet after file cabinet, and people would search and search through those – You could just never find the one invoice you were looking for.” This led Twyla to initiate a paperless approach to these invoices, requesting that all vendors email their invoices as PDFs. This was a good start, but it was just that: a start. “We wanted a solution to be able to search for those documents and also get approvals,” said McDonald. This digital approval process was important to EZ GO as even after the invoices were emailed, they had to be printed to be approved and, according to McDonald, were just “being shifted from desk to desk.”

McDonald heard about Square 9 and their content management solution, GlobalSearch, through Stanley Systems, a local business technology solutions provider. EZ GO was in need of a solution that integrated PDI, the company’s enterprise management software. At the time, Square 9 had not previously offered an integration with PDI but was confident in the team’s ability to provide one. Square 9 promised EZ GO a custom integration that could serve as a base for future PDI customers, and EZ GO decided to take Square 9 up on this promise because of the software’s ease of use. “As far as I could tell from all the sessions I saw for other document management software,” said McDonald, “[GlobalSearch] seemed so much easier to use.”

According to McDonald, the implementation process was fairly easy. In just a short amount of time, all of the workflows and processes were where they needed to be, and all that was left to do was train EZ GO’s staff. “Anytime you’re implementing new software, there’s going to be some training issues,” said McDonald, “but once they got the hang of doing it through the system, it was very easy.” EZ GO employees quickly began to appreciate the software’s ease of use. GlobalSearch’s new integration with PDI allowed for information such as vendor names, approved invoices, and check numbers and dates to flow between the two systems during the invoice approval process. However, the feature that the EZ GO team seems to be most impressed with is GlobalSearch’s advanced search capabilities. For EZ GO, having the ability to search documents by keyword has proven useful in many unexpected scenarios. “If someone paid dues to some organization through a credit card,” explained McDonald, “we would have that vendor or vendor name, so we could do that keyword search to find out what was paid in previous years and what it was paid on.” Another unexpected example McDonald noted involved maintenance requests. “If our maintenance department is looking for a certain part and they’re not sure where they bought it from last time,” she explained, “but they have a serial number, they can type in that serial number, and they can find it.”

Since implementing GlobalSearch, EZ GO has eliminated nine lateral files and four five-drawer filing cabinets. The solution has also helped EZ GO embrace another market trend: the global shift towards remote work. “The process has made it easier to work remotely and approve invoices,” said McDonald. “Before, if they had to travel to one of our locations, or if they were out for some period of time, they couldn’t approve invoices; they just piled up on their desk” McDonald also mentioned that EZ GO has been able to pay vendors more timely resulting in better business relationships. And with GlobalSearch’s ease of use, EZ GO employees also have a greater amount of workplace autonomy. “I still have some [staff] that come to me and ask me ‘can you find this’ or ‘when was the last time we paid this,’’ said McDonald, “and then I’ll say, ‘hey, let me show you how you can search for this. You don’t have to wait for me,’ and they really like that. They like that they can do it on their time.”

Since implementing GlobalSearch, EZ GO has also begun keeping its HR documents in the system. The documents are sent to an email and are automatically indexed and archived. The company is also upgrading its solution to the latest version, after which EZ GO plans to implement automatic indexing for their AP invoices so that information from the incoming documents will be lifted and used to fill the index fields. After completing that project, EZ GO has further plans to automate its invoice approval process by routing documents to the correct approver based on information lifted from those documents. “We have so many invoices where ‘if it’s this invoice from this customer, then this is the person who approves it,” Said McDonald “and that’s what I would like to automate.”

When asked if she would recommend Square 9, McDonald mentioned that she had brought the solution up in a petroleum marketers study group with very positive results. “There are several people in that group who are PDI customers,” said McDonald, “and they were very intrigued by this because all they had been told about previously was another solution, and they thought it was way too cumbersome,” McDonald mentioned that out of 13 companies represented in the group, four were planning to look into GlobalSearch. Two have since then implemented it.