Objective: Improve the contract collaboration process and establish a central repository for storing and retrieving contracts.

Back to Case Studies 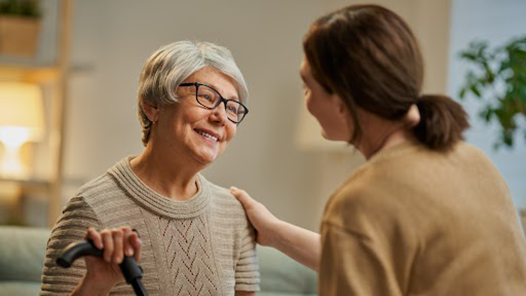 Elder Care Alliance is an association of residential senior living communities and one age-restricted multi-family community throughout California. These communities are in San Francisco, Oakland, San Rafael, Camarillo, and San Mateo. For more than 25 years, Elder Care Alliance has been a trusted name in senior living with one mission: to help older adults live a life of purpose and belonging rooted in holistic wellness.

Like many companies, Elder Care Alliance manages contracts with several outside organizations to ensure their business needs are met. The companies attached to these contracts range from culinary services to marketing referral partners. With more than 50 Elder Care Alliance employees collaborating on these agreements, the company quickly recognized the need for constraints and oversight. “We found that contracts were being signed without being fully screened and contracts were being signed that exceeded the allowed terms. There was no way to track where the contract was through its life cycle,” said Kat Haas, Elder Care Alliance’s Corporate Records Administrator. The company tried to implement policies for handling contracts, but they were challenging to oversee and communicate to employees, making them relatively ineffective.

In addition to this, Elder Care Alliance needed a centralized place to store its contracts. “I had a place where I was saving them, but directors were saving them in their department folders, and executive directors were saving them in their community folders, so we had all these versions out there, and it was taking up bandwidth on our shared drives,” states Haas. With so many different places these contracts could potentially be, finding them when needed became another time-consuming challenge. “People would say, ‘someone says we have a contract, and I want to get out of it. Could you send it to me?’ and I couldn’t tell them where it was,” said Haas. When asked how long it would typically take to find these documents, Haas said, “It depended on what it was, but it could be an hour or so.” With so many organizational challenges related to finding, signing, and collaborating on contracts, it was time for Elder Care Alliance to look into a new solution to manage their contracts.

Square 9’s GlobalSearch was recommended to Elder Care Alliance through the Swenson Group, a local business technology company that provided them with copiers. Elder Care Alliance trusted the Swenson Group’s recommendation and thought that the price and capabilities of GlobalSearch matched what they needed. Even still, Elder Care Alliance decided to research other options to be sure. “As a perfunctory exercise, we did a grid of other applications,” said Haas, “but we kind of knew from the beginning that it was going to be Square 9.” Elder Care Alliance’s solution was implemented without any complications. After the implementation, it was time to begin the employee training process. The only issue that emerged during this process was getting employees to the education portal. “Instructions were written for our employees, but their comfortability with navigating an outside education portal varied widely;” mentioned Haas. “A link was provided to the general page of Square 9’s education with the assumption that staff would just be able to figure out how to sign up for the class.” However, once better guidance was provided to Elder Care’s employees, Square 9’s free education helped them immensely in getting acquainted with the software.

GlobalSearch offered several features that helped make work easier for Elder Care Alliance employees. “The audit trail is very helpful and the ability to set permissions,” mentioned Hass “Another key thing that was a huge seller for our CEO and President was the ability to set up automatic notifications, so we’re ahead if we want to cancel a contract.” Haas explained that companies would often need to be notified ahead of time in writing to cancel the contract. GlobalSearch allows Elder Care Alliance to schedule notifications to ensure this notice is given. “We actually have had to remain with vendors for extra terms because we missed the cancellation window” mentioned Haas, “so the ability to set up those automatic notifications tied to certain dates within the contract is super helpful. Elder Care Alliance also appreciates the various potential use cases for GlobalSearch as it allows the company to tie its systems together in the future. “We have a lot of system siloes that don’t talk to each other” said Haas, “This gives us a central location for a lot of that, which will be helpful.”

While GlobalSearch has only been fully phased in at Elder Care Alliance recently, the company currently has 115 contracts stored in the solution. Haas is responsible for moving the contracts into the system, but according to her, she doesn’t mind. “I make sure all the right fields are filled out – I don’t mind taking the initial extra time because I know in the long run it’s going to make the searches easier.” One result that Elder Care Alliance employees noticed immediately was the effortless access to information. “We have referral agreements with many companies, and we have these agreements saved all over the place,” mentioned Haas. “I found all that I could, and I put them into GlobalSearch, and I was able to export the information into excel and provide a snapshot of all the referral contracts with payment terms, so now everyone has the same information to work off. That was the first time we could provide that information to them [Elder Care employees] so easily.”

Since its implementation, Elder Care Alliance has already used GlobalSearch to collaborate and sign off on a new contract with great success. “It’s nice because it’s one document in one place,” said Haas. This allows her and other employees to collaborate more effectively on the contract, ensuring that both parties sign it and that the terms are acceptable. In addition to saving time and boosting collaboration, Elder Care Alliance has a green initiative and plans to have the company’s human resources, finance, and information technology departments completely paperless by 2030. This initiative was expedited by changes in government agencies’ operations in a post-pandemic world. “Many of the governmental agencies we work with now accept a DocuSign signature, which is great because this also saves us paper,” mentioned Haas. When asked what she would tell a friend to recommend Square 9, Haas said, “It’s very easy to use, it’s visually very simple, it’s user friendly, it’s easy to figure out, it’s reasonably priced, and it’s got potential to really expand in the future.”